You are here: Home > Students > Our Departments > History 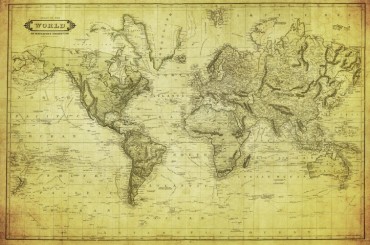 Our History curriculum is lively, interesting and extremely useful for gaining an understanding of the world we live in.

The History department has dedicated and knowledgeable staff. They bring passion to the subject, and aim to develop students' understanding of the different topics studied through engaging and interesting lessons.

Our Key Stage 3 History curriculum aims to provide a broad and balanced sweep through history from 1000 to the modern day (with a few Romans thrown in).

In Year 7 students explore the key people, events and ideas leading to the development of the modern world. In the Middle Ages, the impact of the Norman Conquest, the power of Monarchy and Church and challenges to authority are examined, alongside the lives of ordinary people. In Depth Studies, students analyse the significance of the Magna Carta, the Black Death and the Peasants Revolt.

Later in the year, students focus on the impact of the Tudors on government and religion, the long-term effects of the Civil War and the growth of democracy. They will take an overview of the Roman, Aztec and British Empires, while Depth Studies include the Spanish Armada, the Slave Trade and the effects of the Industrial Revolution.

Students in Year 8 study the Twentieth Century World and links to their lives today.

The causes of World War One and the impact of the War in Europe are explored, alongside significant domestic changes such as the Women’s suffrage campaign.

Students go on to investigate the growth of Communism and Fascism in Europe, focusing particularly on Hitler’s rise to power, and the key events and consequences of World War Two at home and abroad (including the impact on their own families).

Depth Studies in Year 8 include the Holocaust, terrorism in Northern Ireland and the Middle East and the fight for civil rights in Britain and America.

Throughout Key Stage 3 particular focus is given to the changing role of women in history. We study important game-changers like Elizabeth I, Mary Wollstonecraft and the Pankhursts, as well as lesser-known but equally significant individuals like Caroline Norton and Millicent Fawcett and the ordinary women experiencing change over this thousand years.

Woven into all our History lessons at Sheringham are key Historical skills: assessing cause and consequence, change and continuity and significance, analysing sources and evaluating interpretations.

Using these skills, students are encouraged to argue their case, ask questions, weigh up evidence, challenge viewpoints and reach a judgement.

In History students improve their literacy skills through extensive reading, developing a wide vocabulary and using a ‘Point Example Analysis’ paragraph structure in their written work. We also make valuable cross-curricular links to many other subjects, including Philosophy and Ethics, Geography, Drama, Art and Music.

In GCSE we build on the Historical skills already embedded in Key Stage 3. Students are assessed on their historical knowledge, understanding and skills, including analysing sources and evaluating interpretations.

In Year 9, students use their broad knowledge of the past thousand years to study Crime and Punishment from 1000 to the modern day, including a Historic Environment module on Whitechapel 1870-1900. Students explore how and why definitions of crime, law enforcement and punishment have changed over time. Specific topics include the changing attitudes to the death penalty, the effectiveness of prisons and the impact of social change in the 20th century on what is considered a ‘crime.’

Later in Year 9 students study Modern History, consolidating the knowledge gained in Year 8. In Germany 1918-39, they examine the rise of Adolf Hitler and the Nazi Party, focusing on the Weimar Republic, Hitler’s dictatorship and life under Nazi rule.

In Year 10 students move onto the British Depth Study, Early Elizabethan England  1558-1588, where the challenges facing Queen Elizabeth I from religion, attitudes to gender and foreign powers are investigated.

The final History module is the Cold War 1945-1991. Topics include the nuclear arms race and key events such as the building of the Berlin Wall, the Cuban Missile Crisis and ‘Star Wars.’

In lessons and for homework, students develop their knowledge of subject content, practice examination questions and learn valuable study skills. We also run after-school revision sessions to fully prepare students for their examinations.

Synergy Multi-Academy Trust comprises fifteen Norfolk schools serving children between the ages of 2 and 18. Our schools work collaboratively together to raise standards and provide education of the highest possible standard, offering the best of opportunities for pupils. The Trust was initially established in 2015. We believe that all of our schools have strengths and areas to develop, and that all can improve through sharing expertise and wisdom. The Trust understands that there will be excellent practice in each school, and that every school will be able to contribute to the development of the Trust as a whole.

Synergy Multi-Academy Trust comprises fifteen Norfolk schools serving children between the ages of 2 and 18. Our schools work collaboratively together to raise standards and provide education of the highest possible standard, offering the best of opportunities for pupils. The Trust was initially established in 2015. We believe that all of our schools have strengths and areas to develop, and that all can improve through sharing expertise and wisdom. The Trust understands that there will be excellent practice in each school, and that every school will be able to contribute to the development of the Trust as a whole. 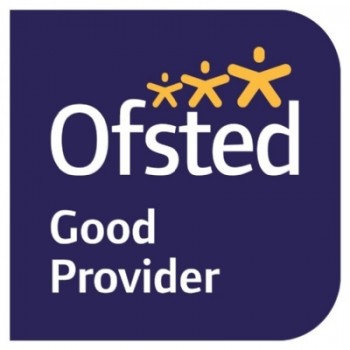 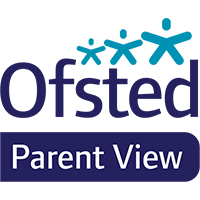 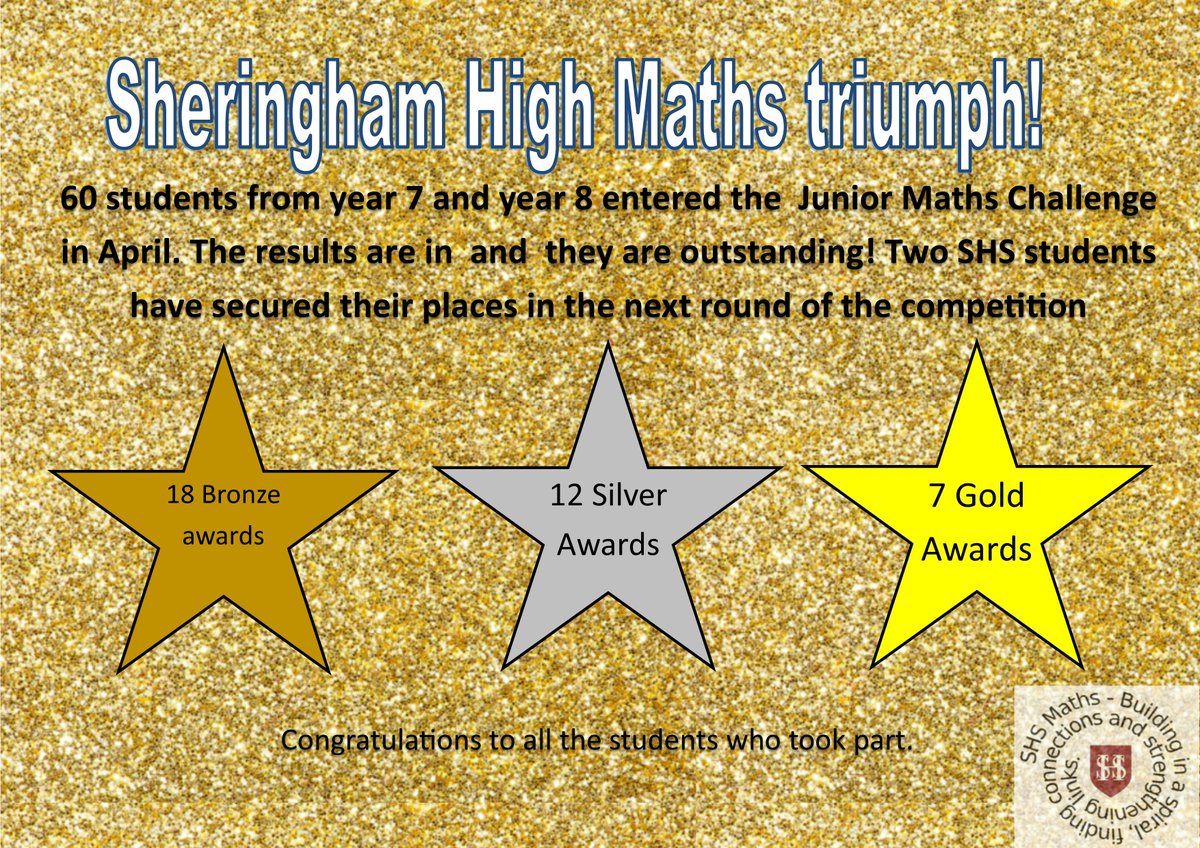 Some great news from our Maths department. Well done to all students involved! https://t.co/ZL3ZUlAj8r Read more >> 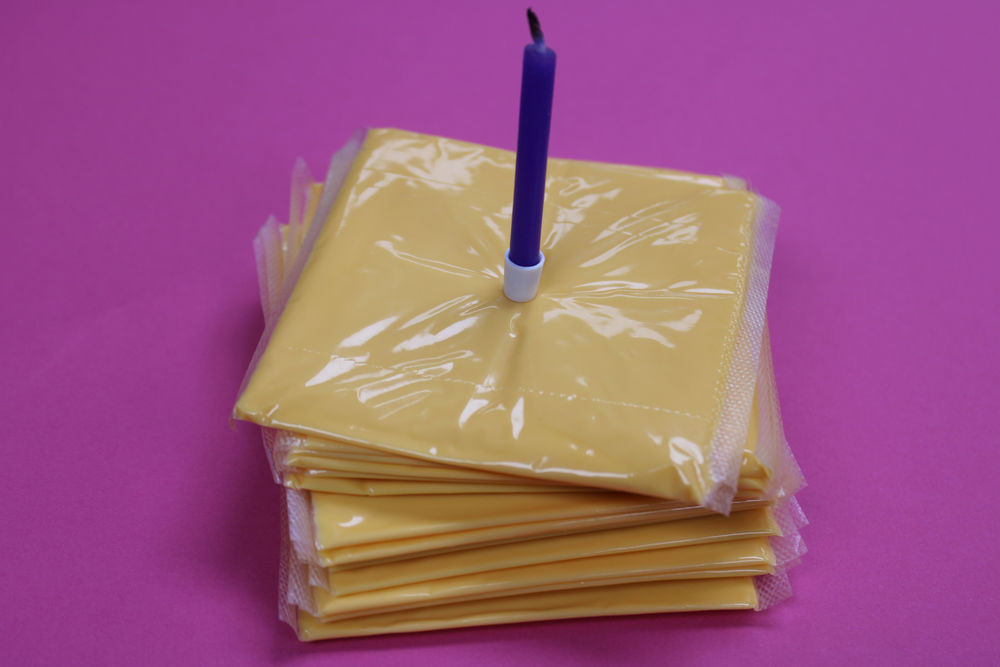 Out of 21,000 entries 2 of our students have been selected to have their work on display online and in the Royal Academy in London at the 'Young Artists' Summer exhibition' from 19th July -14th Aug. Year 9 Student - 'Cheesy Birthday' Year 12 Student - 'Hare in Fog' Well Done! https://t.co/Q8BLgG9AZ6 Read more >> 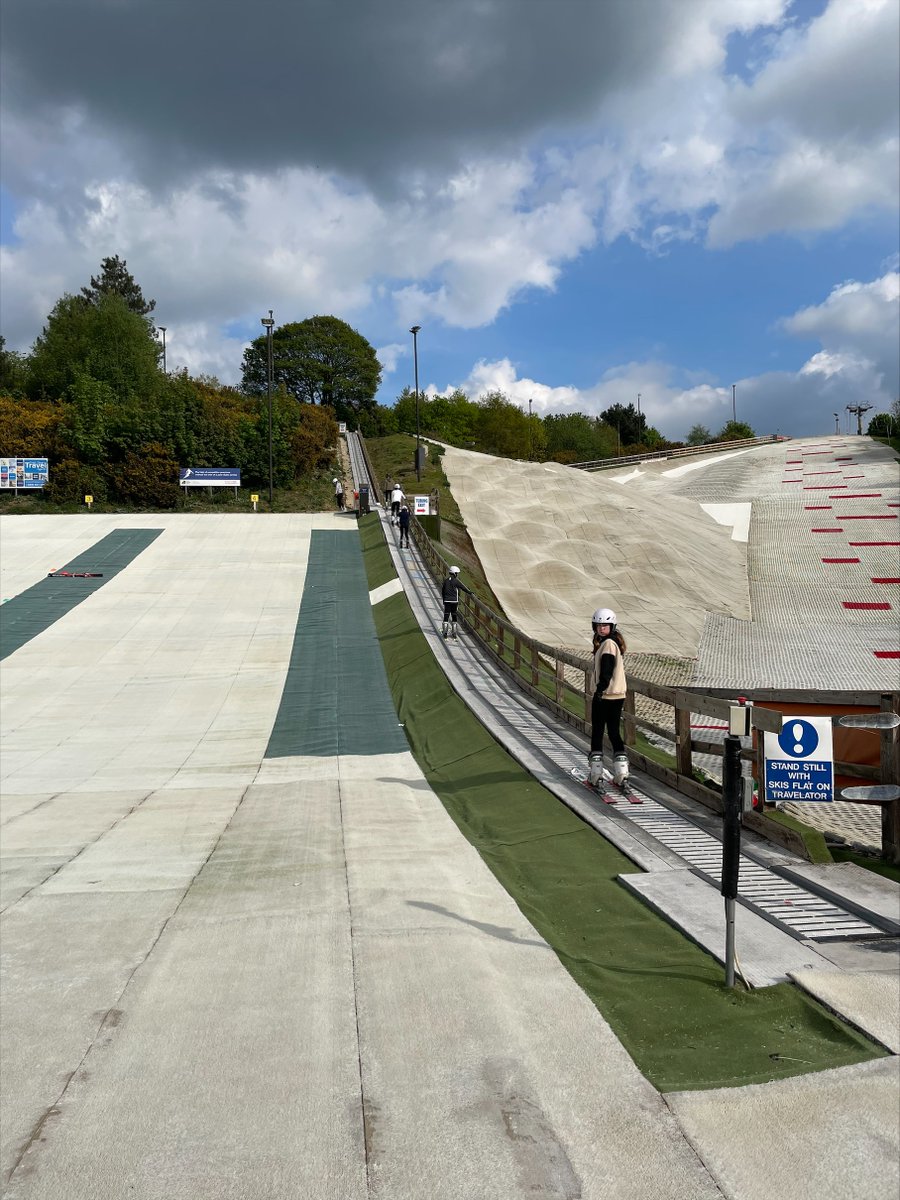 A lovely evening on the hill for our next group of Skiers! https://t.co/t1Xrl8VPCN Read more >>

Wishing all our students @#Sheringhamsixth the very best of luck in their exams in the next few weeks. They have worked incredibly hard over the last two years, and we are certain that their achievements will reflect this effort. Fingers crossed for you all. Read more >> 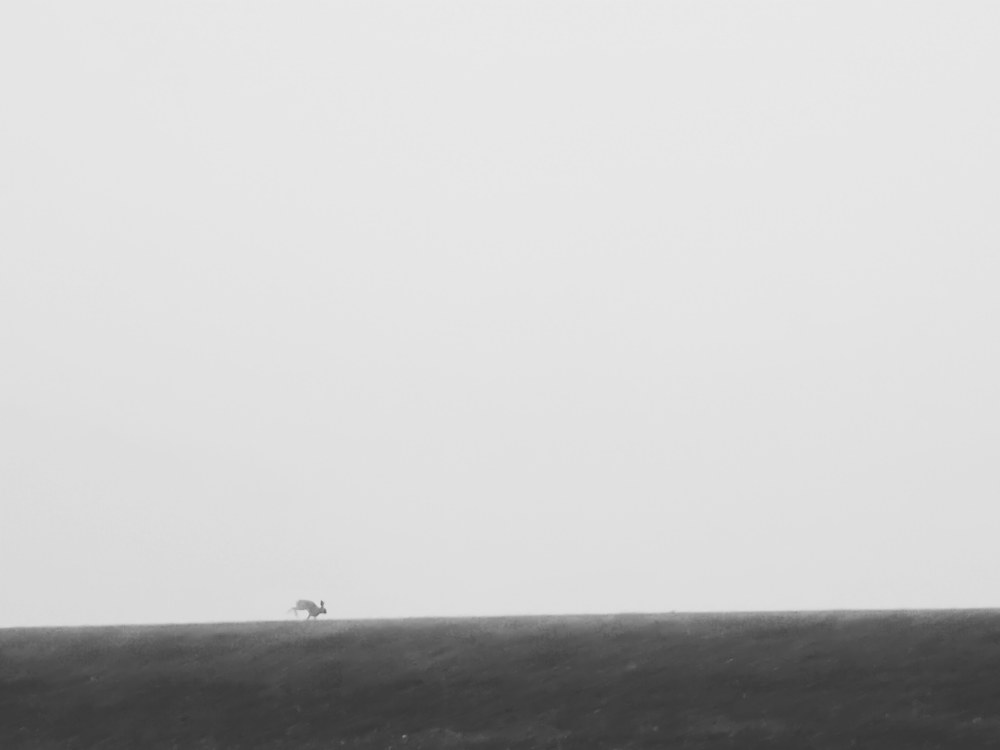 Congratulations from all of us @#Sheringhamsixth to our winning Yr12 student with their Hare in Fog. Out of 21,000 entries this has been selected for the Royal Academy Young Artists summer exhibition. Amazing and well deserved. https://t.co/nOhAAsAmwg Read more >> 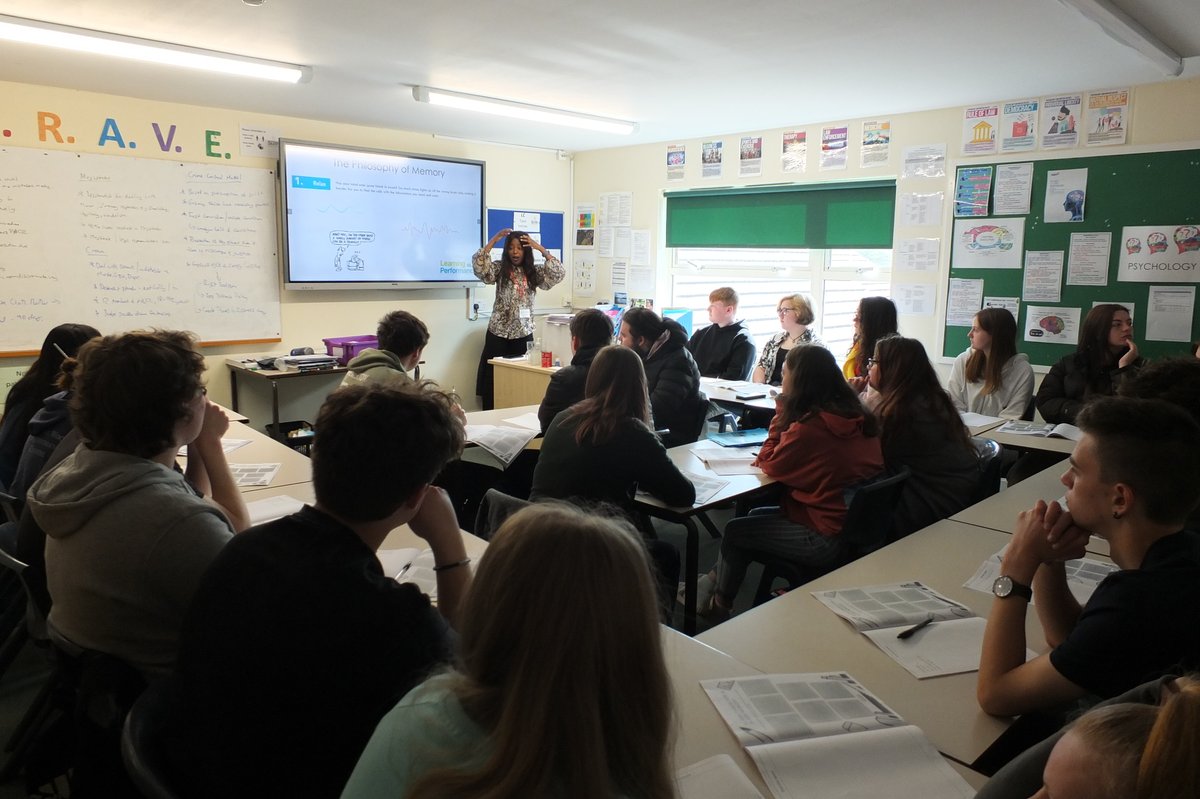 Students @#Sheringhamsixth had a fantastic day today working with Learning Performance on Advanced Study Skills, to help their revision. Highlights included a song on electromagnetism and why you should tidy your room. Well done to all https://t.co/qIFzKhHeUU Read more >>

We are looking forward to welcoming Learning Performance to @#Sheringhamsixth tomorrow for some workshops to inspire, motivate and assist our wonderful Sixth Formers as they approach exam season Read more >>

Congratulations to the Year 12 students @#Sheringhamsixth who made their EPQ presentations today. Your talks were interesting, engaging and very impressive; the artefacts you had made were simply superb. Good luck with your final submissions. Read more >>

Happy Easter to all our current, former and future students @#Sheringhamsixth Read more >>